No no no no no. This instantly reminded me of The Devil Wears Prada for some reason. Not that I've seen it of course. (But I especially didn't watch it on my own, 11pm, New Year's Eve, 2006 - I checked the hotel bill; it just says movie...) 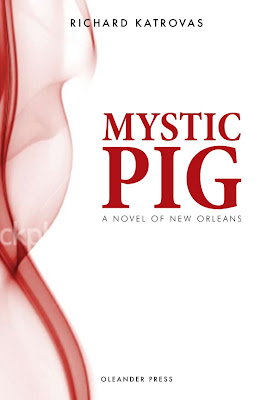 Everyone agreed though, it was more 'cocktails on Park Avenue' than 'murder, sex and chocoloate cookies in the French Quarter' so it was out. I'll put up the recipe for those chocolate cookies some time soon. I've sent them out to magazines but I doubt anyone'll be up for publishing them: 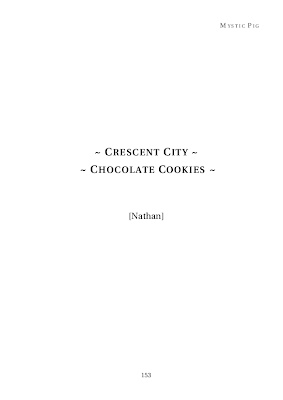 Actually - I wasn't going to post any of the recipes just yet; not until I had a good head of steam and the traffic justified it. But early interest has been such that I'll put the cookies out there now. If only because, as I say below, I have no idea about cooking and it would be great to hear how people get on. I've had a couple of friends make the dishes and of the cookies one loved them and the other said they turned out dreadfully. The most important thing to note is that neither offered me any! Anyway, here's the instructions: 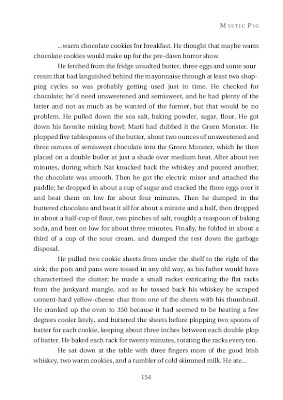 I'm going to list all the recipes on the sidebar anyway - an easy access point for the hordes a'comin'...