Style Counsel... not. (The Ones that Didn't Make It) 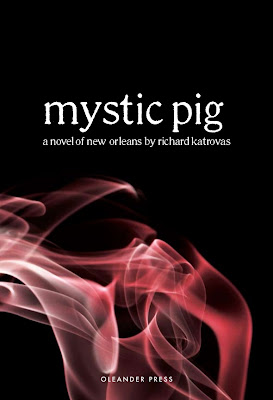 To my continual consternation and disbelief it is often posited that I have little in the way of taste. Design and aesthetics are not my forte apparently. I know - outrageous isn't it? But because I actually do want Oleander's books to sell to people other than the workforce's mums we employ designers to do the actual work and then everyone (except me) gets to sit around and discuss which covers they like. I spend this time editing and stuff - proper work. Anyhow, due to the circuitous route taken by the Pig to get to this stage it was even more important to make sure its presentation was excellent so a number of options were thrown out before the winner was chosen. The two shown here are variations on a concept inspired by passion - a major, perhaps the major, theme in the novel. The smoke was to evoke heat, fire and sin - a little of the seedy underbelly of the Big Sleazy. 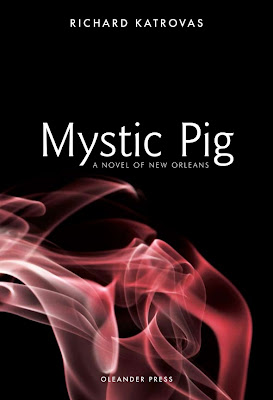 But in the end it was decide that with the red wine colouring it looked too like a Mills and Boon Romance - albeit one that goes beyond the bedroom door :) So we sacked it. More later in the run-up to the one that won...
Posted by Oleanderman at 05:53