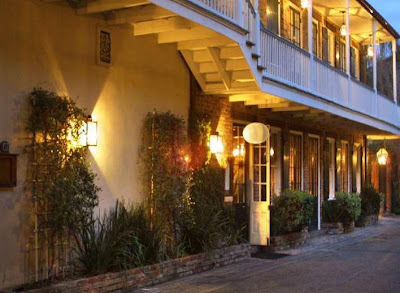 In the deepest sense, Newcastle’s belonged more to Robby, Kenny and Danny than to Nat. He’d been a boy scrubbing pots in the scullery, concentrating earnestly on his first remunerated tasks, when they, grown men, first spotted him: his had been the only white face in the scullery or the kitchen besides that of old Chef Holditchovitch himself, the brilliant, dyspeptic, mean-spirited little czar of the Newcastle kitchen for thirty-seven years. Nat had been skinny and pretty and obviously had tried to be so butch when any of the gay waiters were around.

Robby, Kenny, Danny and the others issued from remarkably similar backgrounds: they’d grown up in small Southern towns; experienced the horrors of shaping homosexual identities through adolescence in such a context, which included breaking through thick and thorny hedges of Christian guilt and surviving the physical threats from boys who preyed on peers with sensitive natures, anyone unwilling or unable to participate in the communal brutalities of adolescent male bonding. They’d all, or nearly all, formed strong attachments to the black women who’d been their surrogate mothers and indeed those women had been their earliest and strongest gender models, such that Danny’s camp, the same in kind as that of the others though more elegant in its timing and grander in its scale, always had about it the edginess of a black femininity expressing itself through a Southern white man’s body and, by extension, history, and early on Nat had found the layered ironies of such a persona fascinating, though he’d not in the beginning been entirely certain what he was observing in Danny and the others. On the floor they’d seemed – when he’d finally been allowed out of the scullery to bus a couple nights a week – prim and proper, by turns stiff and pissy and blithely graceful. They haunted their stations gloriously. Once they’d engaged a group, done what talking was required (and they never said a word more than was necessary, unlike those chummy Yats at so many French Quarter tourist traps who played customers like they were rubes), they silently, inauspiciously tended to the needs and desires of patrons, anticipating everything. No-one ever lit her own cigarette at the Old Queens’ tables; no one had to ask where the restrooms were located; no one had to ask to see the dessert cart; rarely did anyone even have to ask for the check.

It was in the kitchen the Old Queens became their mammies, and in their own ways were just as tough as those women. Once, in the late seventies, a new broiler man hassled Robby, who in response blew the large, dumpy fellow a kiss. The cook had then made the mistake of curling around the serving counter and getting in Robby’s eyes, threatening to bust up his pussy face, to which Robby had responded by swiftly and efficiently kicking the guy’s ass right in front of the service counter, pounding him bloody and semi-conscious before Kenny – pausing first to admire his colleague’s work – dragged Robby off the poor fellow. Kent Newcastle blew in through the swinging door and fired the new guy on the spot, which is to say as he lay dripping blood, shocked and utterly humbled on the red cement floor of the kitchen. The lesson to Nat had been that one does not, even figuratively, fuck with nelly fags, given the crucible of violence the world is for them; some become quite proficient at giving as well as they take.
Note: The (stolen/borrowed) picture is of real FQ restaurant Stella. Apparently a fantastic place to eat.
Posted by Oleanderman at 09:04