A Taster to Tempt

For the next week I'm posting the first chapter of the novel. It can't begin to portray the levels and explorations of the book as a whole but it does of course introduce you to one of the primary characters and, more importantly, to the remarkable clarity of Katrovas's poetic prose. Even so, one chapter, especially the first, will never do justice to the complexities and interwoven storylines of a tale such as this but I hope it provides a glimmer of the luminescence awaiting within. Fittingly for a story set amidst the colours, flavours and spicy fragrances of the French Quarter around Mardi Gras, it starts in the kitchen... 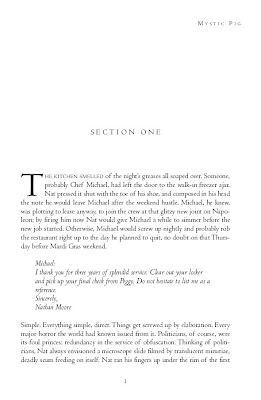 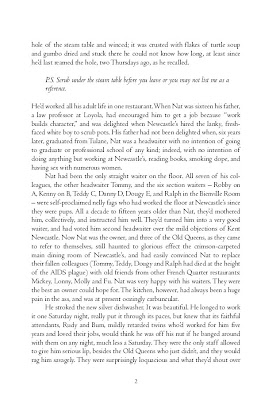 The author of eleven books, Richard Katrovas taught for twenty years
at the University of New Orleans, having earlier spent several years
as a waiter in four of the city’s premier restaurants. He has been a
professor of English at Western Michigan University since 2003, and
the founding director of the Prague Summer Program since the early
90s. Katrovas’s poems, stories and essays have appeared in many of the
leading literary journals and anthologies in America, and he has been
the recipient of numerous grants and awards. Katrovas is the father of
three glorious Czech-American daughters, Ema, Anna, and Ella.
More tomorrow of course.
Posted by Oleanderman at 00:55